Completed Vocational Training in General Practice followed by 6 years in general practice mainly in the Scottish Highlands. Completed Specialist Training in Ophthalmology at the Manchester Royal Eye Hospital in 2004 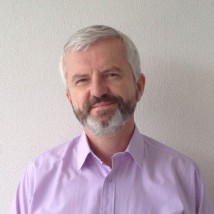 Dr Wayne Birchall graduated from the University of Cambridge and completed training in Ophthalmology at the Manchester Royal Eye Hospital, United Kidgdom

Dr Wayne Birchall is originally from Manchester, United Kingdom and completed medical training at Cambridge University and London Hospital Medical College in 1983. Following vocational training in General Practice he initially worked for 6 years as a GP, mainly in the Scottish Highlands.

He competed Specialist Training in Ophthalmology at the Manchester Royal Eye Hospital in 2004 followed by Clinical Fellowship in Glaucoma in Wellington, New Zealand 2004-5 with Professor Tony Wells. He became a Fellow of the Royal Australian and NZ College of Ophthalmologists in 2007.

He worked as a Consultant Ophthalmologist in New Zealand for seven years before joining the Port Macquarie Eye Centre in April 2014. As a general ophthalmologist he enjoys managing a wide range of eye disease and performs cataract, glaucoma, pterygium, eyelid and squint surgery.  He has a special interest in glaucoma management and glaucoma surgery and has published several research papers relating to the techniques of glaucoma surgery and clinical outcomes.

Dr Birchall also has an interest in overseas development work, and joined eye care expeditions to Bougainville and Fiji 2006-8. More recently he has worked with the Fred Hollows Foundation in Papua New Guinea and as a visiting lecturer to the Cambodian Ophthalmologists Training Programme and the Pacific Eye Institute in Fiji.